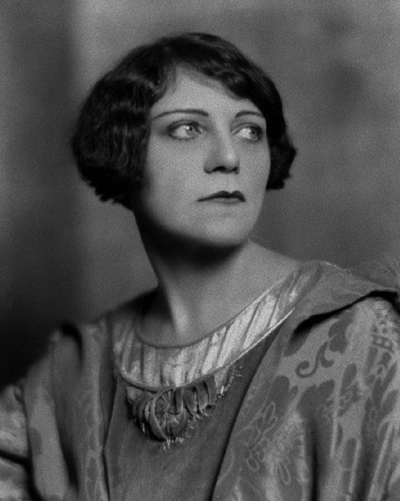 Thyra Samter Winslow (1893/1885-1961) born in either 1893 or 1885, depending on the source, grew up in Fort Smith, Arkansas, which colored and informed many of her stories, as well as her later move to the big city.
Her childhood in a small town “provided background for her view of small towns as prejudiced, hypocritical, and suffocating places,” Ethel Simpson wrote in the Encyclopedia of Arkansas. 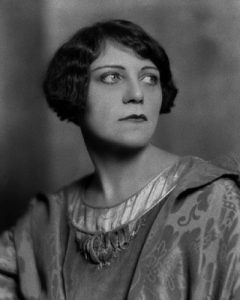 According to U.S. Census data, Forth Smith, in Sebastian County, had a population of 11,311 in 1890, 11,587 in 1900 and 23,975 in 1910.
She was born to Sara Harris Samter and Louis Samter. Her father operated a dry-goods store and her family belonged to the Jewish Community in the little town.
By 1907, she was writing a column in the society pages of the Fort Smith Southwest American.
She went to the Missouri School of Journalism, although how long she stayed is not clear.
Simpson refers to Samter Winslow’s time at the collage as “brief” and notes that she moved back to Fort Smith.
“(She) later moved to Chicago where she worked as a chorus girl, actor, and dancer—experiences she depicts in her novel Show Business (1926),” Joan Moelis Rappaport wrote in the Jewish Women’s Archive encyclopedia entry for Samter Winslow. “Finally Samter secured a position as a feature writer with the Chicago Tribune from 1915 to 1916.”
Smith wrote that she went to Chicago in 1909 and, in 1912, married John Seymour Winslow. Sometime in 1927, the couple divorced and she married Nelson Waldorf Hyde in December of that same year.
She would separate from him shortly after marrying him, but would not divorce him until 1938.
“The couple separated soon afterward, though they remained married for ten years,” Simpson wrote.
The complete biography was written by Richard Winegard as a doctoral dissertation and only exists in paper and microfiche forms at the University of Arkansas.
“She was restless, witty, independent, shrewd, kind, utterly mendacious, and sometimes completely dishonorable, and yet she is remembered most for her charm,” he wrote, based on her own statements, public records and interviews with people who knew her in Fort Smith.
H. L. Mencken, the long-time editor of The Smart Set “discovered” Samter Winslow, according to his own autobiography and biographies of him.
“The discovery of new writers was a specialty of The Smart Set, and it included a roster of such impressive names as Thyra Samter Winslow, whose first story appeared in Mencken and (George Jean) Nathan’s first number, and Ruth Suckow,” Marion Elizabeth Rodgers wrote in Mencken: The American Iconoclast.
Mencken and Nathan became the editors of The Smart Set.
Fred Hobson, in Mencken: A Life wrote that he had “high regard” for the stories of two of his “discoveries:” Samter Winslow and Lilith Benda, also known as Lucia Bronder.
“Winslow, an ex-chorus girl sometimes called ‘Siren Thyra,’ he regarded so highly that she appeared more often in The Smart Set than anyone except Mencken and Nathan themselves in the years they were editors.”
Mencken wrote in his autobiography that Winslow made her debut in the 1914 edition with her story “The Case of Lou Terry,” (included in this collection).
He introduces Winslow Samter and Benda as discoveries and “Jewesses (who) became standbys during the first years of the Nathan-Mencken Smart Set.”
Samter Winslow and Benda, who would commit suicide at a relatively young age and has almost no recognition today, are seemingly intrinsically linked in Mencken’s mind.
“It was apparent instantly that both (Samter Winslow and Benda) were smart girls, with a lot in them that would be useful to us, and I accordingly arranged meetings with them at the office,” he wrote. “No two women could have been more unlike in manner and appearance.”
Mencken described Samter Winslow as being “short and chunky, with the ingratiating smile of a child and a voice full of the accents of her native Arkansas.”
He wrote that she “showed a great deal less psychological finesse than Benda” and her “writing was inferior.”
“She had something in abundance that Benda lacked altogether, and that was humor,” he wrote.
Mencken described her as “no shrinking violet” and wrote of her marriage to John Seymour Winslow, “for a Jewish girl of her background, must have seemed a swell husband.”
John Winslow was the son of the chief justice of Wisconsin.
Mencken was a devout racist and anti-Semite. In Treatise on the Gods (1930), he wrote:

“The Jews could be put down very plausibly as the most unpleasant race ever heard of. As commonly encountered, they lack many of the qualities that mark the civilized man: courage, dignity, incorruptibility, ease, confidence. They have vanity without pride, voluptuousness without taste, and learning without wisdom. Their fortitude, such as it is, is wasted upon puerile objects, and their charity is mainly a form of display” 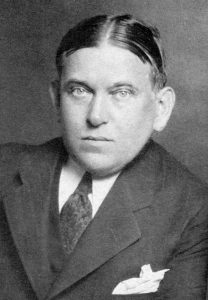 Mencken wrote that she was a chorus girl in her teens in Chicago and had been writing for a few years before he “discovered” her.
“Around 1918, the Winslows moved to New York, where she contributed regularly to Smart Set through 1923,” Simpson wrote. “After Mencken and Nathan left Smart Set, Winslow continued to write for other magazines, including Century, American Mercury, Cosmopolitan, and Redbook. She wrote for The New Yorker, then a new magazine of the Jazz Age, including many pieces about Arkansas in ‘Talk of the Town.’ A collection, Picture Frames, was published in 1923.”
Samter Winslow wrote for The New Yorker starting in 1927 and ending in 1941.
Doubleday published My Own, My Native Land, stories of hers that appeared in The New Yorker.
“Following the success of this work, she went to Hollywood to write the screenplay for She Married Her Boss, starring Claudette Colbert and Ronald Colman,” Simpson wrote. “She remained there adapting stories for other films until 1937, when she returned to New York and continued writing for popular women’s magazines. She also wrote diet books, including Think Yourself Thin (1951). Her literary output diminished in the last years of her life, and she wrote ‘true confessions’ for pulp magazines and drama reviews for Gotham Guide, a weekly handout for tourists.”
Moelis Rappaport claimed that she also worked as a screenwriter for Columbia, RKO, Warner Brothers and NBC, spending her time between California and New York.
In 1961, she was paralyzed following a fall. She was hospitalized until she died on Dec. 2, 1961.
According to an article in the Ottawa Journal, on Nov. 13, 1961, Samter “has taken a turn for the worst and is on the critical list (at the hospital).”
“Her funeral was at St. Patrick’s Cathedral in New York—she had converted to Catholicism during her last illness—and she is buried in the Gate of Heaven Cemetery in Westchester County, New York,” Simpson wrote.

Simpson wrote that her stories showed local American color and realism.
“Many stories expose the hypocrisy, prejudice, and carefully maintained social structures of both small town and urban life,” she wrote. “She was particularly adept at portraying women of every social class, often in an unfavorable light. Money, especially the pursuit of it as a means to happiness or status, is an important theme throughout her work.”
Simpson likened the “spare journalistic style” to Ernest Hemmingway.
“She flourished in the age of popular magazines with their constant demand for fiction. As those magazines declined, the market for Winslow’s work died away,” Simpson wrote.
Moelis Rappaport described Samter Winslow’s work as internally inconsistent.
“When considered together, Winslow’s fictional works comprise a loose and fragmented scrapbook of women’s struggles and choices,” she wrote. “While she glamorizes marriage as a means to happiness, she often parts the curtains of social convention, revealing troubled inner lives. Beneath their decorum and ‘soft blond exteriors,’ many of her characters—both country and city women—harbor feelings of anger, boredom, and oppression, and even thoughts of suicide.”
Happy endings, where poor country girls marry rich city men are “tinged with a hollow, ambiguous quality.”
The lack of Jewish characters “indicates Winslow’s desire to assimilate into American “high society.”
“Winslow portrays the urge to assimilate and achieve social and economic success in modern American urban life,” she wrote. “At the same time, she offers a window into the emotional dilemmas accompanying this quest for cosmopolitan sophistication and prosperity.”